From Eileen Lowndes, Manchester (Thanks Eileen!) 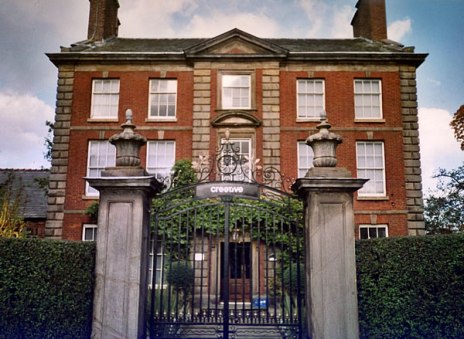 Text from ‘Creative’ – the company that owns the building:

The history of Overton House

Overton House was built in 1702, reputedly by a Mr. Mallabar, a retired East indian Merchant. From that time, and for well over 200 years, the house remained the home of the same family As late as 1928, Mrs Esther Ann Mallabar Muir was brought back to her former home for her funeral.

Overton House was then the residence of her son, Dr. John Moir They belonged to the old Congleton family of Lowndes, who gave the land on which St James Church was built.

Mrs Moir was the only daughter of Wm. Lowndes Yates, Barrister-at-Law, of Overton House, and in 1880 married Jolm, fourth son of Patrick Moir afterwards Moir-Byers of Tonley, Aberdeenshire Her eldest son, Lt-Col. Howard Lowndes Moir, commander of the 7th Battalion Cheshire Regiment. T F and served with ”Great Distinction” in the Boer and Great Wars.

He was survived along with another brother and sister, by Dr. John Moir of Congleton, from whose home the funeral procession left for Astbury and the family burying ground.

It reached from Overton House to far down Antrobus corner, and all along the way to Astbury, crowds lined the streets In his practise, Dr Moir was Joined by Dr. Galbraith, who lived at the house until the mid 1960’s when Overton House ceased to be a family home.